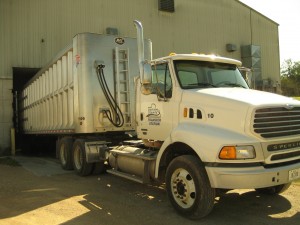 The Authority operates on an annual budget comprised of per capita assessments and waste disposal tipping fees. Many changes have taken place in the area of waste management in the last few years. One that has affected the cost of waste disposal the most has been the closing of the Jackson County Landfill and the construction of a solid waste transfer station in 1994.

All MSW (municipal solid waste) is transferred to a landfill in Illinois. By doing so the Authority was able to avoid certain legislative mandates regarding the continued operation of a landfill and avoid the costs associated with those mandates. Although the landfill was closed in 1994, it will have to be maintained and monitored for groundwater contamination until the year 2024. Original post closure costs for the 30 year period are estimated to be $543,900.